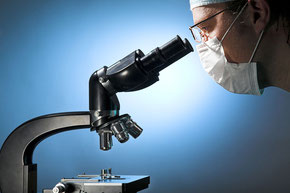 Brachytherapy is the use of radiation to destroy cancerous tumors by placing a radiation source inside or next to the treatment area.  According to Global Industry Analysts, by 2016 the U.S. brachytherapy market will reach $2 billion.  It is estimated that the U.S. market represents approximately half of the global market.  AMIC believes there are significant opportunities in prostate, breast, liver, pancreatic, head and neck cancers.  The 2013 U.S. estimated new cases according to the American Cancer Society are 240,000 prostate cancer, 235,000 breast cancer and 31,000 liver cancer.

Subject to receipt of all required regulatory approvals from the FDA in the United States and analogous regulators outside of the United States, AMIC plans to introduce a new Y-90-based brachytherapy product line for a range of applications for the delivery of a prescribed dose of radiation to a target site.

•Y-90 RadioGel™ device – combines Y-90 particles with a polymer carrier that may be injected directly into the tumor.

•Y-90 Fast-Resorbable Polymer Seeds – Y-90 contained within a polymer seed, as opposed to metal or glass.  This product would be used in place of treating cancers with currently marketed titanium or glass seeds.

Reliable sources estimate that annual sales of brachytherapy products exceed $1 billion, about half of which are in the United States. The size of the U.S. brachytherapy market for prostate cancer brachytherapy is somewhere between $90 million and $130 million per year. The market for liver and breast cancer combined is comparable.

Based upon its studies and analyses, or general application of experience with current brachytherapy devices and Yttrium-90, AMIC believes that its brachytherapy products are likely to offer the following benefits, among others, for patients and medical professionals:

•Half Life:  Y-90 has a half-life of just 2.7 days.  Many traditional brachytherapy products use isotopes with longer half-lives such as 9.7 days for cesium-131, and sixty days for iodine-125.

•Optimized Delivery Method:  Current brachytherapy devices place permanent metal seeds in the prostate by using up to 30 large needles.  By contrast, AMIC’s Y-90 RadioGel™ device is designed to be administered in a minimally invasive procedure with small-gauge needles.

•No Permanent Seeds Remaining:  Current brachytherapy devices place permanent metal seeds in the tumor.  AMIC’s Y-90 RadioGel™ device utilizes a biodegradable, non-toxic polymer that is ultimately absorbed by the body.  This eliminates the possibility of a long-term seed migration or other problems that may sometimes arise when seeds remain in the body.

•Good Safety Profile:  Many traditional brachytherapy devices utilize isotopes that emit x-rays (akin to gamma radiation).  X-rays or gamma radiation travels within and outside of the body and have long half-lives.  AMIC’s brachytherapy products use the Yttrium-90 isotope, which is a beta-emitter.  The Yttrium-90 beta-emissions travel only a short distance and has a short half life of 2.7 days.

* Battelle is the world’s largest independent research and development organization. Headquartered in Columbus, Ohio, Battelle oversees 22,000 employees in more than 130 locations worldwide. Battelle has managed the U.S. Department of Energy’s Pacific Northwest National Laboratory in Richland, Wash., since the laboratory’s inception in 1965.